Why I LOVE Zeolite - Myersdetox.com I have found that Zeolite is one of the easiest and best ways to detox if you cannot afford the time or expense of a rigorous detox program. Zeolite removes toxic heavy metals, chemicals, VOC’s, radioactive toxins and free radicals without removing vital nutrients.

Why detox? No matter how hard you try to minimize your exposure to chemicals and toxins, they keep showing up in our bodies in increased levels – simply because they are everywhere in our environment. The need for detoxification is based upon the principle that immunodeficiency, inflammatory and degenerative diseases from allergies to arthritis to Alzheimer’s result from the toxic, accumulative effects of poisonous substances and pathogens within the body.

According to reports by the Centers for Disease Control (CDC), the average person now has 212 environmental chemicals in their blood – things like mercury, lead, cadmium and industrial chemicals. The World Health Organization has studies that show we have over 700 chemicals on average in our bodies. No matter which study you choose, the prognosis is grim.

Signs of chronic low-dose toxic exposure include fatigue, brain fog, poor sleep quality, struggling with weight gain, frequent headaches and much worse. Rather than treating the symptoms of toxic overload, why not remove the source? With nanoparticle zeolite, it IS possible to address many health issues and remove toxins contributing to your health issues.

Some detox programs can be difficult, expensive and produce uncomfortable detox symptoms. When toxic chemicals start being released, they can re-enter your body if your intestines aren’t moving to expell them, if your detox pathways are not working correctly or if you don’t have the nutrients needed to escort metals and chemicals out of the body. This can result in a re-exposure instead of an elimination. But this does not apply to ALL detox methods.

While our bodies do have detox functions…
We are exposed to more toxic chemicals
than our bodies were designed to process and eliminate.

And while many whole foods can aid your body in detox in certain ways, we are so overloaded with toxic exposures diet is simply not enough today.

Our bodies need some help.

If you’ve been reading this blog for any length of time, you know that I cannot stress enough the importance of adding various detox methods to your health regime. I think zeolite should be in your arsenal of detox methods. And it’s a different kind of detox…different from any other.

Zeolites are natural minerals with a unique, complex crystalline structure, made by volcanos.

The Clinoptilolite Zeolite molecule is shaped like a honey-comb, full of cavities and channels. Because zeolite carries a natural negative (-) charge, all of the positively charged (+) toxins bond with the zeolite. The zeolite particles, with the toxic materials attached are then flushed from your body with your urine within 4-6 hours.

A powerful oral chelating agent, ACZ nano Extra Strength Zeolite selectively and irreversibly binds and removes toxic heavy metals, such as Mercury and Lead, chemical toxins, VOC’s, radioactive toxins and free radicals of all types through the urinary tract, without removing vital nutrients. These results have been verified in multiple, independent urine challenge studies. ACZ nano Extra Strength is the only detoxification product formulated to remove fluorine and chlorine, two of the strongest oxidizing agents known and found in most drinking water that promote thyroid disorders and prevent iodine uptake.

The interesting thing to me about this–and what makes liquid zeolite different from all other detoxes–is that it actually bypasses your liver and intestines, which may not be functioning well. One of the first stories I heard from a grateful reader was that she had started giving the product to her bedridden father, and after five days he got up and announced he was going for a walk!

As zeolite removes toxic metals and other chemicals from your body, it relieves the toxic overload in your body so your detox organs can begin to revive and function. I think that happiness is our natural state when we are not being dulled by the chemicals we are exposed to every day.

I still take zeolite periodically. It’s just part of my wellness routine. Even though I have few, if any, toxic substances in my home, when I leave my protected environment, it’s another story.

In my opinion, ACZ Nano Zeolite is a safe and effective detox supplement that can eliminate toxic metals and chemicals from your body, help revive and restore your detox system, and remove new chemicals you are exposed to before they accumulate and cause problems in your body.

I’ve tried a lot of detox products over the years, and you can believe me when I say this is not only the most effective detox supplement, but also easiest to take.

Liquid zeolite has “Generally Recognized as Safe (GRAS)” status from the FDA. You can take it every day. Even pregnant women, nursing mothers, and infants can take it.

Try it and see how it works for you. I had always been a bit skeptical about Zeolite for detox. I had heard a lot of bad things about it. But after trying ACZ by Results RNA and seeing the stellar research they are doing with all their products, I am beyond excited! Click here to learn more about 20 case studies they have done with clients to see the metals they are removing from their body. It’s impressive.

Here’s why it’s so important to take liquid zeolite. A growing number of healthcare professionals are coming to realize that exposure to toxic chemicals are the major cause of most illness today. I am among them. And the Centers for Disease Control has now shown that virtually everybody has a plethora of chemicals in their bodies. These enlightened health care professionals are recognizing that as long as there are toxic chemicals being stored in a body, no other treatment will work to handle a health problem. Detox, and specifically detox of industrial chemicals needs to be the first step for any health program. This is specifically why I created my Myers Detox Protocol.

Zeolite, a natural mineral, is uniquely suited to remove toxic chemicals. Tiny bits of negatively-charged zeolite act like little magnets to attract positively-charged particles–which include 99.9% of heavy metals, radiation, and organic chemicals–so they can be removed from your body via your kidneys.

Within 4-6 hours, tiny particles of zeolite have picked up and eliminated a bit of toxic chemicals from your body, leaving negatively-charged particles such as beneficial minerals. When the dose is repeated several times daily over time, gradually the build-up of toxic chemicals is reduced and health is restored. Convenient spray make it easy for anyone to start detoxing. Young or old, healthy or sick, anyone can take them, even newborns, even pets. Liquid zeolite is unique as a detox agent in that it removes toxic chemicals directly from your bloodstream, even if your body’s detox system isn’t functioning well.

ACZ Nano Extra Strength Zeolite contains zeolite nanoparticles that are small enough to move into the bloodstream and into every cell of your body where the toxins are buried. It cleanses your entire system – every cell -and then is safely and completely excreted through the kidneys.

In weighing the advantages and disadvantages of the evidence-based detoxification products available, the mechanism of toxicant binding is of primary consideration. The binding action of Advanced Cellular Zeolite is simple to understand.

Depicted in the diagram, smaller Mercuric ions are pulled deeply into the nano zeolite cage structure and held securely for safe elimination, while Calcium and Potassium are “sieved”.

The uptake of toxic heavy metals, chemical toxins or other free radicals in zeolites is called adsorption. Adsorption (not to be confused with absorption) is the accumulation of atoms or molecules on the surface of an adsorbent solid, such as zeolite. The driving force behind adsorption is the highly polar surface within the pores of the zeolite structure. This unique characteristic distinguishes zeolites enabling an extremely high adsorption capacity for water and other polar components even at very low concentrations. Advanced Cellular Zeolite (ACZ) nano crystals are characterized by a three-dimensional pore system, with pores of precisely defined diameter.

Pores of precisely uniform openings within these nano, crystalline structures allow for molecules smaller than its pore diameter, such as Mercury, to be adsorbed while excluding larger molecules, such as Calcium and Potassium, hence the name “molecular sieve”.

ACZ nano Extra Strength adsorbs molecules of certain sizes while rejecting larger ones.  Species with a kinetic diameter are too large to pass through a Zeolite pore are effectively “sieved.”

The following molecular selectivity series of Clinoptilolite is backed by atomic absorption spectroscopy studies. As you can see, toxic heavy metals are highest in preference of attraction. (1,2)

Traditional acid-based chelating agents such as EDTA, DMSA and DMPS have no preference of attraction. Agents such as endrate (EDTA) have high affinity for essential ions such as calcium and remove calcium simultaneously with toxins. If not carefully monitored, this draining of calcium electrolyte can be quite dangerous and bring on rapid muscle weakness and potentially cause heart damage.

Acid-based detoxifiers remove a myriad of additional and essential nutrients beyond calcium to the detriment of health. The second issue with acid-based detoxifiers is the phenomenon known as “pull-and-drop”, where the chelating agent pulls out a toxin such as mercury from the tissues and then drops the mercury in the bloodstream. Free mercury will redeposit, and if mercury redeposits in the brain or vital organs, the patient’s condition is likely to worsen.

A good detox with ACZ Nano Extra Strength Zeolite takes 3-4 months and then it is recommended that you continue to take it to remove new chemicals you are exposed to on a regular basis. And it’s affordable for every member of your family to take every day (as low as $25/month), as a first line of defense from exposure to toxic chemicals out in the world that we can’t avoid.

I loved the Results RNA ACZ Nano Zeolite so much I tried their entire line of products and I am beyond impressed. I created the Total Body Detox Kit for anyone looking to begin or maximize their detox. Get the ultimate in immune and detox support with Advanced Cellular Zeolite (ACZ), ACS 200® Advanced Cellular Silver and ACG Glutathione! #329 Cavitations: The Dark Side of Infections from Wisdom Tooth Extractions with Dr. Alireza Panahpour 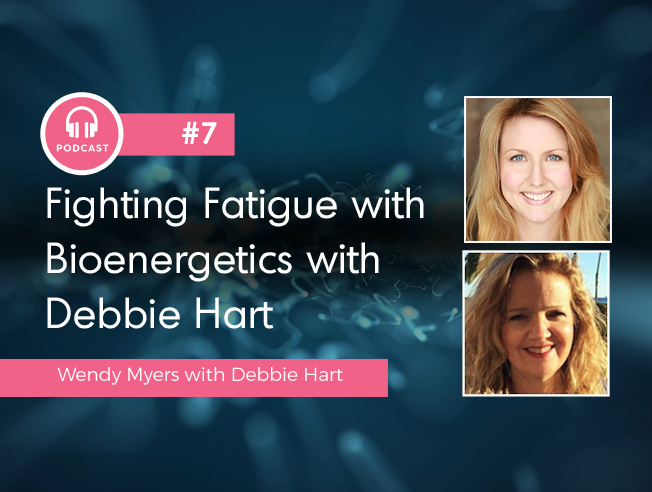