Arsenic overload is a global health problem that affects millions of people[1]. It’s one of the most widespread environmental toxins[2], and as the world becomes more polluted, arsenic toxicity is a growing concern. There are even a number of foods that are high in arsenic…

Most of us are exposed to small amounts of arsenic every day[1]. Over time, arsenic can build up, causing a variety of health problems.

Years of low-level, chronic arsenic exposure can contribute to[3]:

The majority of arsenic you absorb comes from diet[2]. One of the problems with arsenic is that it stores easily in water and soil. From there, plants pull arsenic into their roots, and it enters our food.

This article covers six foods that are especially high in arsenic, as well as what you can do to detox arsenic and protect yourself from future exposure.

Here Are the 6 Foods High in Arsenic

Rice is one of the most common sources of dietary arsenic[4].

Rice plants are particularly good at absorbing arsenic from the soil, which causes high levels to accumulate by the time the plants are ready for harvest. They also grow in standing water, and a lot of the world’s rice comes from Asia, which has some of the worst arsenic-contaminated water in the world[5].

As a result, rice often contains high levels of arsenic, especially when it comes from Asia.

To minimize your arsenic exposure:

Brown rice syrup is a common sweetener in many processed foods, as well as in baby formula (which you’ll read more about below). It’s often marketed as a healthier alternative to sugar or corn syrup.

In reality, brown rice syrup is one of the more toxic sweeteners you can use. The fact that it’s made from rice puts it at high risk for arsenic contamination[7].

Brown rice syrup often contains more arsenic than plain rice[8]. It’s an extract, so it takes a lot of rice to make a small amount of brown rice syrup. As a result, arsenic concentrates in the syrup.

Avoid brown rice syrup at all costs. Sweeten with plain sugar or a natural alternative sweetener like monk fruit instead.

Environmental arsenic settles in water, and as the world gets more polluted, the arsenic burden in seafood is increasing[9].

Shellfish are the most prone to absorbing arsenic. A 2011 study found a strong correlation between shellfish intake and arsenic toxicity in U.S. citizens[10].

To decrease your arsenic exposure, avoid the following shellfish:

Note that mussels are especially high in inorganic arsenic, the most toxic form of arsenic[11].

In seaweed, arsenic gets stored as arsenosugar — sugar with an arsenic molecule attached. When you eat seaweed, your body breaks down the arsenosugar, distributing a variety of arsenic metabolites throughout your system[12].

Hijiki seaweed, a brown-black seaweed that’s common in Japanese seaweed salad, is the most contaminated type of seaweed[13]. It contains large amounts of inorganic arsenic, making it significantly more toxic than other species.

Green and red seaweeds are lower in arsenic. However, they contain small amounts of cadmium and lead, two other heavy metals[14].

Arsenic is particularly dangerous for children because it impairs brain development. Children exposed to arsenic have lower IQ and show deficits in language, spatial reasoning, and other cognitive skills[15].

Unfortunately, baby formula is a hidden source of arsenic that many parents overlook.

The study also concluded that baby formula accounted for about 70% of arsenic exposure in the children tested.

Always breastfeed your children if you can. If that isn’t an option, avoid formulas that contain rice or brown rice syrup — both have high risk of arsenic contamination[17,18].

To avoid arsenic, choose organic chicken. Organic standards prevent the use of arsenic additives, so organic chickens don’t have the same arsenic contamination[20].

How to Support Arsenic Excretion

When you ingest arsenic, your body stores it in your liver, kidneys, heart, and lungs[21]. It can last for years, gradually building up and causing health problems over time[3,22]. That’s why I created Ageless AF. The specific form of silica in Ageless AF –  orthosilicic acid – is incredibly effective at supporting your body’s natural ability trap and gently eliminate the toxins and other impurities that can infiltrate your body (including those in the foods we discussed above).

Ageless AF is gentle on the system and also works to keep a range of trivalentmetals – including arsenic, along with thallium, aluminium,  bismuth, tin, and cesium – out of the body so that you can maintain normal health. Learn more about Ageless AF here. 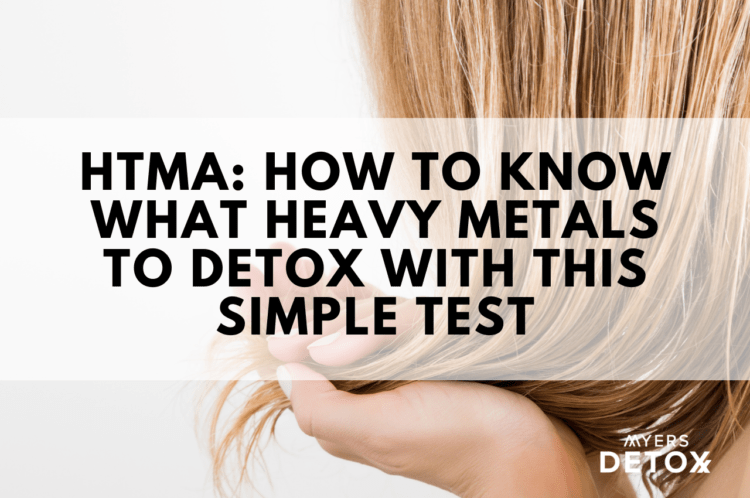 HTMA: How to Know What Heavy Metals to Detox with This Simple Test