Allie Ochs talks to Wendy this week on the Live to 110 Podcast about the healing power of PEMF, Pulsed Electromagnetic Fields. PEMF improve health by pulsing the right electromagnetic frequencies into the body to heal, repair, regenerate and rejuvenate. They are important to combat the ill effects of electromagnetic fields from wireless internet and cell phones.

Click here to view the full transcript for #60 Combat Electromagnetic Fields with PEMF’s with Allie Ochs.

Pulsating electro-magnetic fields (PEMF) have been referred to as the future of medicine. Since 1970, numerous scientific journals have reported beneficial effects of pulsed electromagnetic fields for various ailments. This non-invasive, side-effect-free PEMF technology has tremendous benefits. Listen to today’s Live to 110 Podcast and find out why you should be using a PEMF device.

Pulsed Electromagnetic Fields have been harnessed into a device that you can lay on for a few minutes a day to heal your whole body. We know from science that everything is energy and all energy is electromagnetic. Science has proven that all 70 trillion cells in our body communicate via electromagnetic frequencies. Without electromagnetic activity life cannot exist. PEMF are electromagnetic fields that pulsate using frequencies within the biological window of human cell frequencies. Extensive research concluded that there is a very narrow range of frequencies to which humans and animals react positively (0.5 – 30 Hz), also called the “Adey Window.” Pulsing the same frequency as the earth’s resonating frequencies into the body heal, repair, regenerate and rejuvenate much like the grounding effect of strolling along the beach. When we are exposed to these beneficial, health-enhancing frequencies, electrical and chemical processes in the tissues are stimulated. PEMF are designed to support cellular energy, improving cellular health and function. A healthy body can only begin with healthy cells. We are only as healthy as our cells are. As for a visual, imagine unhealthy cells, which look like raisins, stick together with insufficient membrane surface. Healthy cells look like grapes, flow freely, have a large membrane surface allowing for nutrients, oxygen and water to be absorbed, while toxins and waste are being eliminated. When optimal cell function is present, the body will do what is does best: repair and heal itself.

Unlike conventional medicine, which addresses symptoms and merely manages diseases, PEMFs address many of today’s ailments at the root of the cause–at the cellular level! When we address ailments with PEMFs, results may take time as it takes the body time the heal. Results are not instant, but rather cumulative and incremental.

In a nutshell, PEMFs send natural impulses, like those of the magnetic field of the earth, to each cell; our cells resonate, optimizing cell function. Raising the cell voltage to an optimal level enables an impaired cell to repair. When the body can produce new cells again it is truly anti-aging for the entire body. This happens while lying on a whole body mat, which emits bundles of natural frequencies via a waveform called saw-tooth, much like a smorgasbord of beneficial cell frequencies.

Local pain or local health issues are addressed with a pillow or probe, which contains a square wave. These frequencies are designed to reduce inflammation, pain and increase oxygen. Unlike pain medication, which masks symptoms, PEMFs affect the cause of the ailment. In this sense, PEMFs have a realistic chance of bringing lasting positive changes.

Energy fields can be beneficial or harmful depending on their frequencies. All frequencies have an effect on humans to some degree and evidence is mounting that “electro smog” is a real threat because it impairs cell metabolism. Unnatural EMFs (electromagnetic fields) from electrical wiring and equipment such as power lines, communications towers, computers, WiFi, TVs, cell phones, microwave ovens and more are draining our energy and making us sick. This is also called “dirty electricity”, which primarily refers to frequencies outside of the biological window of human cell frequencies. These harmful frequencies that are part of our daily modern life are the cause of many illnesses. The best defense is to limit exposure and use a PEMF device that grounds the body with healing frequencies, negating the harmful effects of dirty electricity we are exposed to on a daily basis.

Allie Ochs, President of Swiss Bionic Solution Canada and PEMFglobal.com, is an international speaker & PEMF expert. She educates about the health effects of wireless radiation, the impending cancer tsunami and PEMF (pulsed electromagnetic fields) that restore human health on the cellular level.

Allie discovered the power of PEMFs while suffering from severe chronic health issues and was able to avoid invasive surgeries and unnecessary drug dependencies. A pioneer in this industry, Allie brought PEMF technology to North American helping thousands of people to take control over their health. Allie has lectured globally and worked with the leaders in the industry such as Dr. Magda Havas, Dr. William Pawluk, Dr. Robyn Benson, Dr. Paul Heroux, just to name a few. She has appeared on numerous Radio and TV segments and has been a speaker at CARP, American Academy for Ozone Therapy and many health shows.

#59 Dr. Terry Wahls on How to Heal Autoimmune Naturally
#61 Are you at Risk for Osteoporosis? with Dr. Kim Millman 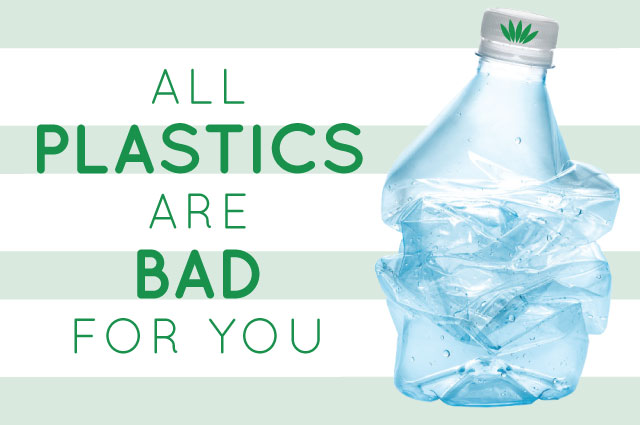 All Plastics are Bad for You