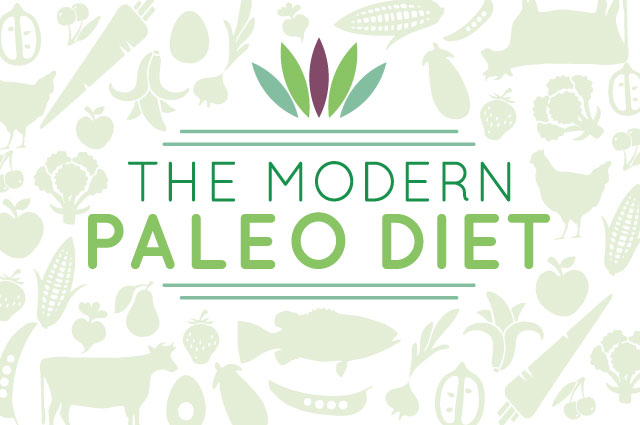 The Paleo diet tries to emulate eating like a caveman — the diet our bodies are evolutionarily designed to eat. When you eat the diet we have evolved to eat over the last 2.6 million years, your health and energy will soar. After adopting this diet, I have regained my mental and physical health.

Paleo is short for Paleolithic. The Paleolithic era is the time period from about 2.6 million years ago to the beginning of the agricultural revolution, about 10,000 years ago, when we began cultivating grain and domesticating animals and milking them. This kind of diet is also referred to as Primal and Ancestral.

Loren Cordain was one of first proponents of this diet while doing research into what cavemen were eating. Dr. Cordain wrote the first book on Paleo, aptly named The Paleo Diet. He theorized that the diet the caveman were eating held a clue to what our bodies were evolutionarily designed to eat and that this could hold promise in resolving the world’s health and obesity crises.

Since The Paleo Diet‘s publication in 2001, there has been a lot of debate about whether you need to follow a strict Paleo diet in order to be optimally healthy. I believe many people have adapted to new foods in our environment like grains, legumes, potatoes and dairy and should experiment to see if these newer foods work for their individual bodies. This makes a Modern Paleo diet less restrictive and easier to follow.

In the words of Loren Cordain:

The Paleo Diet is the unique diet to which our species is genetically adapted. This program of eating was not designed by diet doctors, faddists, or nutritionists, but rather by Mother Nature’s wisdom acting through evolution and natural selection. The Paleo Diet is based upon extensive scientific research examining the types and quantities of foods our hunter-gatherer ancestors ate. The foundation of the Paleo Diet is meat, seafood, and unlimited consumption of fresh fruits and veggies.

There are now more than 12,000 websites dedicated to Paleo. This popularity lies in the fact that so many people are having profound turn arounds in their health after adopting this diet. While my health wasn’t poor, it dramatically improved upon adopting the Paleo diet after a two year stint as a vegetarian and vegan—which caused me health problems due to inherit nutritional deficiencies in these diets. Based on my results, I couldn’t help but share this valuable information with you.

The basic premise of this diet is simple: Eat whole foods. Avoid processed foods. This is one of the many aspects that make the diet so popular. Its message is simple. Dairy products, grains, legumes, vegetable oils, refined sugars and processed foods were not part of our ancestral diet. However, some research indicates that some cavemen did eat some ancient grains in season, but in microscopic quantities compared to what we eat today. Most of these foods are low in nutrients and contain ingredients that cause disease, like trans fats, food additives, refined grains, table salt and high-glycemic carbohydrates. Have you ever wondered why two-thirds of people are overweight and that 50 percent of people in the US get cancer? Their diet is one of the main reasons. Most are eating a diet far out of line with what are bodies are genetically and evolutionarily designed to process. Our bodies cannot handle these foods very well, if at all.

There are many misconceptions about the Paleo diet. It’s mainly comprised of vegetables. It can be a high animal protein diet, but you must experiment and find for yourself the amount of animal protein you require. Everyone is different and has differing needs based upon their age (the young need more) and health status (people with cancer generally should avoid meat) and other factors.

Muscle meats are the most nutritious food (after organ meats) based upon our biological needs, according to Mat LaLonde’s Kraken Index of Nutrients that rates the nutrient density of food. Dr LaLonde, a Harvard researcher, ranked foods according to essential nutrients that we must eat from the diet because the body cannot make them on its own. Vegetables come in after muscle meat. Surprising, huh? This is why the Paleo diet confers such amazing health benefits. Please keep in mind that the graphic below represents food groups as a whole. Some veggies (like kale) rate as high as muscle meats. Here’s a break down of the most nutritious foods to the least nutritious according to the Kraken Index of Nutrients: I know what you’re thinking. The Paleo Diet is a very short list of food! You will be surprised at how many foods you can eat and how much you’ll enjoy this diet once you begin to experience the results. Your energy will soar and health conditions will begin resolving. I began sleeping better, rashes went away, I became more mentally stable, I lost weight, cravings have vanished (uh, for the most part) and my adrenals and thyroid are healing. You will become addicted to the Paleo diet because of how it makes you feel and the results you will see in your health when you eat a nutritionally complete diet.

Humans would not have survived if we did not adapt to eating new foods in our environment. Many can tolerate relatively new foods like dairy and grains. These foods only showed up with the domestication of animals and agriculture about 10,000 years ago. Some people are perfectly healthy eating these foods, but many are not. For instance, it is estimated that only fifty percent of the population can tolerate dairy. Many can tolerate grains like rice and corn. However, most cannot tolerate gluten-containing grains (a protein in wheat, rye, and barley) — even people that are not considered gluten sensitive or present with symptoms of intolerance. Most can tolerate grains in small quantities — not as staple in the diet. If you do include these relatively new foods into your Paleo menu, they should be kept to a minimum.

The basic Paleo diet is merely a guideline that you have to adjust for your personal preferences and tolerances. This is why I propose The Modern Paleo Diet — the Paleo diet adjusted for our modern diet. Scientific evidence shows that some tolerate relatively new foods just fine and they need not be excluded from the diet.

One should not think of following the Paleo diet to the letter, but instead follow The Modern Paleo Diet, which includes healthy foods from traditional people — foods discovered by Weston A. Price diet. Weston A. Price (see WestonAPrice.org) was a dentist who studied the health and diet of traditional and tribal people. He documented the nutritious foods traditional people ate that conferred nearly disease-free health. These foods have high nutritional value and should not be overlooked simply because they’re not Paleo. They include raw dairy and butter, fermented grains, fermented legumes and some potatoes and tubers, i.e. sweet potatoes.

The Modern Paleo diet takes things one step further. I believe people should avoid gluten-containing grains. I think gluten causes a lot of health issues and should be avoided. Paleo is not a one-size-fits-all approach. You need to think in terms of using the Paleo diet as a base upon which to build. Everyone is different and has to adjust the diet to meet his or her personal budget, needs and preferences. Don’t panic if you can’t afford grass fed or organic meats. You’d be surprised how cheaply you can get grass fed meats if you buy in bulk from an online retailer. The idea is to aim for eating grass fed, as it confers greater health benefits, but don’t sweat it if you’re not able to eat grass fed all the time. It’s okay if you cheat occasionally. It’s almost impossible to eat perfectly Paleo in our processed, fast food environment. It’s about balance. Try to think in terms of eating the core Paleo diet 90-95 percent of the time.

People believe eating whole foods is limiting, but it isn’t. It may take time to adjust, explore new foods, and incorporate these foods into your diet. For some, it’s simply a matter of nixing foods that aren’t healthy. We will explore all the different principles and misconceptions of the Paleo Diet over the next few blog posts. It’s very important to understand the basic principles behind this ancestral, whole food way of eating. The Modern Paleo Diet is the main component of your plan.