Kaayla Daniel, also known as the Naughty Nutritionist, talks to me this week about how to recover from soy. Yes, I said recover, because soy is not a health food, but damages our health in many ways. We’re also going to talk about her new book about bone broths called Nourishing Broth, on which she is collaborating with Sally Fallon Morell.

Click here to view the full transcript for #39 Recovering from Soy with Kaayla Daniel.
Soy is not a health food. It should be avoided completely or eaten only on rare occasions and in fermented forms. The soybean is now being linked to breast cancer, thyroid disease, menstrual and fertility issues, as well as severe allergies, compromised immunity and brain damage.

Kaayla T. Daniel is known as The Naughty Nutritionist. Her writing and blog get a bit naughty at times! She earned her PhD in Nutritional Sciences and is board certified as a clinical nutritionist (CCN). The Whole Soy Story is a groundbreaking expose that tells the truth about soy that scientists know but that the soy industry has tried to suppress. Soy is not a health food, does not prevent disease and has not even been proven safe. Epidemiological, clinical and laboratory studies link soy to malnutrition, digestive problems, thyroid dysfunction, cognitive decline, reproductive disorders, even heart disease and cancer.

If you’re enjoying the Live to 110 podcast, please leave Wendy a review in iTunes. Thanks 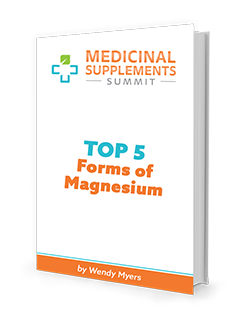