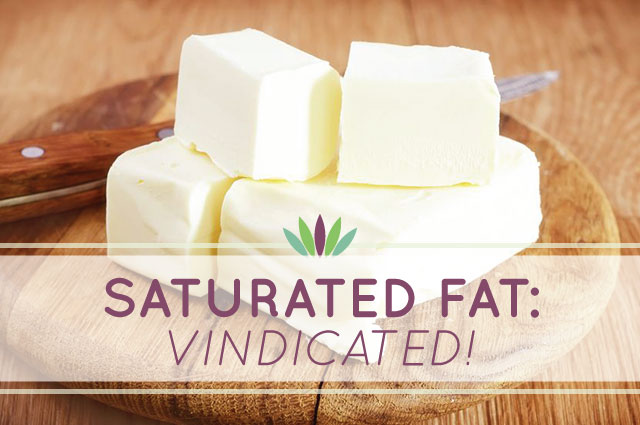 In a recent issue of the British Medicine Journal, Aseem Malhotra, a Cardiology Specialist at Craydon University Hospital London, wrote an article entitled, “Saturated fat is not the Major issue.” The first line is, “Let’s bust the myth of its role in heart disease.”

The demonization of saturated fats started in the 1970’s with the publication of the study ‘Coronary Heart Disease in Seven Countries’. (8)  This study looked at 11,579 men ages 49-59 without evidence of cardiovascular disease (CVD). The study showed .05% (618) deaths from heart attacks, 19%(2289) died in 15 years from all causes. The Seven Countries study was an epidemiological prospective investigation of groups in different geographical areas. This study did not follow individuals. (8)

They tracked age, blood pressure, smoking, cholesterol, physical activity and weight. The only common risk factor for heart disease among the seven countries was relative body weight. Yet this study set the ground rules for the relative risk factors for cholesterol levels and heart attack risk when it was not a major risk factor in all seven countries. (1)

In 1987, the results of Key’s Seven Country study, which took place between 1959-64 were looked at again. The foods in the original study were converted into 1987 food equivalent composites. The updated results were completely different than the original. The results suggest that physical activity and dietary fiber – not saturated fat – were the most important determinants of body fat levels. Therefore, the rehashing of the study showed that increasing exercise and dietary fiber can prevent obesity and reduce heart attack risk.

Many patients with high lipids and known risk factors are asking their doctors if they can lower their cholesterol with diet alone rather than using statins. But using a very low saturated fat diet as most doctors recommend only resulted in one study in a 5% drop in LDL cholesterol and even worse, ‘bad’ cholesterol, HDL dropped only 6%. Part of this is due to the fact that 80% of cholesterol is made in the liver, so simply reducing cholesterol and saturated fat in the diet is not always going to see your numbers moving as much as you would like.

It does not make a lot of sense to prescribe statins across the board when someone has a cholesterol level over 200 given the fact that most heart attack patient’s cholesterol levels do not indicate cardiac risk. Sadly, these levels have been reduced to 180, increasing the numbers of people who will be prescribed this dangerous drug.

The Annals of Internal Medicine gave the world a story when it showed that 20% of 150,000 participants discontinued statins because of ‘unacceptable’ side effects including myalgia (muscle pain), GI upset, sleep, memory and erectile dysfunction. Statins don’t work very well, but neither does a low saturated fat diet.

In 1990, a diet study conducted by Dr. Dean Ornish showed a 37% drop in LDL cholesterol. But the vegetarian diet used was very strict so most Americans will not follow it. (4) In Ornish’s latest book, The Spectrum, he has modified his approach to his diet to make it more user friendly.  While this initial study looked promising and showed a vegetarian diet to be favorable to healing cardiovascular disease, newer studies show that high-carb, low fat diets like the original Ornish diet raise triglyceride levels, lower HDL and convert LDL particles into small particles (more dangerous). More atherogenic small particles are known to a be major cause of CVD.

In 1956, a study in the Lancet called, “Calorie intake in relationship to body-weight changes in obesity.” In this study they compared groups consuming diets of 90% protein, 90% carbohydrate or 90% fat. The greatest weight was achieved by the 90% fat group. The author concluded that the, “composition of the diet appeared to be more important than the intake of calories”.  He went on to say that Increasing fiber, good fats and exercise while lowering carbohydrates, irrespective of weight loss, will improve all features of metabolic syndrome over the American Heart Association’s recommended low fat diet.

Carbohydrate restriction, the primary target of nutritional therapy reduces insulin fluctuations. Substitution of fat for carbohydrates is shown to be beneficial for markers of CVD as well as incidence of CVD. We have demonized LDL in general, when in fact it is the small particle LDL that is implicated in cardiovascular disease. Simple carbohydrates, refined carbs and grains are what raise small particle LDL.

Fresh red and white meat are not the problem in heart disease.  Malhotra quote a study from Circulation 2010, “Consumption of processed meats, not red meat, has been associated with coronary heart disease and Type 2 diabetes. (8) This may be explained by the nitrates and sodium used as preservatives.” Read more about this in the article, Red Meat Does Not Cause Disease.

Saturated Fat is Not the Enemy

As you see, saturated fat is not the enemy. You really can’t live without it. Saturated fat is a structural component of every cell in the body. Fat supplies essential fatty acids, which are necessary for the body to function properly. The term ‘essential’ refers to fatty acids needed to keep your body biologically humming.

Saturated fats are actually necessary for calcium to be properly incorporated into your bone matrix.

In your lungs there is a layer of saturated fatty acids needed from your lungs to functions properly.

So if someone calls you a “Fat Head”, say thank you. Your brain is made of fat, mainly saturated and cholesterol.

Remember: Breathe, Believe and know that you are whole.

#31 Is Gluten the Cause of your Health Problems? with Dr.Tom O’Bryan
The Dangers of Diet Soda