While many people are under the impression that lead toxicity is a thing of the past, the fact remains that this heavy metal still lurks everywhere in our environment. The current status of lead toxicity comes not only from the fact that this heavy metal can stick around in our environment for years, but that it’s still being used in products that are sold on the shelves today.

Although leaded gasoline began being phased out in the 1980s, it can still be used for off-road purposes like aircraft, racing cars, and farm equipment[1]. What’s more, the lead that was used for years in gasoline can still be found in the soil. And then it gets into our food supply.

The use of leaded gasoline for farm equipment raises a particularly sinister concern. When lead seeps into the soil on farmland, it can contaminate not only the vegetables that are grown in that soil but the animals that graze on the land as well[2].

Then there is the leaded gasoline still used to this day in developing countries. That lead then gets into the air and blown around the planet via the weather patterns.

One surprising source of lead that most people are unaware of is hiding in your cupboard. Spices and herbal remedies can be contaminated with lead, with one study showing 50% of samples tested had detectable lead levels, and over 30% were at levels considered a danger to children.

The unfortunate truth is that some farmers may be aware of the lead content of their spices and ignore them due to the fact that lead adds both weight and color to spices, which could result in more cash in their pockets[14][15]. Or they even purposely add lead to give their products more weight! More often that not, farmers are not aware of the lead content that is naturally occurring in spices.

Much like leaded gasoline, leaded paint was taken off the market back in 1978 when the health concerns around lead toxicity came to light. While many people assume that potential harm from leaded paint is in the past, unfortunately that’s just not the case.

If your home was built in the United States before 1987, there is a good chance that the paint on your walls (or behind your wallpaper) still contains lead.

Remarkably, lead-based paint toxicity is still one of the primary contributors to lead toxicity today[3]. As recently as December 2020, lead was found in paint sold at Home Depot. Although there are strict guidelines in place to protect US citizens from lead exposure, the fact that a company like Home Depot could still be selling paint that contains lead shows us that we truly aren’t safe from this toxic metal[13].

With leaded paint still being an issue in many homes, the liberation of lead from renovation poses a great risk when it comes time to remodel. The scraping and sanding of walls and wood fixtures can release lead particles into the atmosphere in your home and contaminate the air that you breathe.

What’s more, the risk associated with renovations extends to neighboring homes. If your neighbor is scraping and sanding away old paint, the lead particles can easily travel and impact the air in your home environment[5].

Be aware of this and the dangers of lead if you have young children and plan to remodel. They should not be living in the home at the time of renovation. It can cause permanent irreversible brain damage and lowered IQ.

While contractors are well aware of this risk, almost all of them cut corners and ignore safety protocols in an effort to save time and money. Therefore, it’s crucial that you advocate for yourself and your family when renovations are happening in your home or in a neighboring home.

The cosmetics industry has been slowly waking up to the fact that consumers are becoming aware that what you put on your skin actually gets absorbed into your body. And are voting with their dollars.

While efforts towards cleaning up personal care products have been slowly and steadily increasing, there are still many manufacturers that use toxic compounds — lead being one of them. Most consumers are completely unaware of the dangers of some of these products.

In a study conducted by the Campaign for Safe Cosmetics, researchers found that 61% of lipsticks contain lead. This is particularly concerning as lipstick not only comes into contact with your skin, but it also sits close to your mouth, where the lead could be ingested internally[4].

You want to completely avoid any cheap off-brand makeups almost certainly made in China or knockoff designer brands. There are surprisingly a lot of knock off products sold on Amazon. Buyer beware. These toxic products are also sold at $99 stores and many chains that almost certainly contain lead and other metals.

Lead can enter drinking water when pipes and other water fixtures that are made with lead begin to corrode. Lead pipes and galvanized pipes (made from lead) are still found in many homes and buildings in the US, which makes lead contamination in the water supply a serious concern[3].

Lead contamination in municipal water supplies is widespread and far more common than incidents like Flynt, Michigan scandal. This was not an isolated incident by far.

In fact, schools in the United States, lead is the most prominent toxicant found in drinking water. Old pipes that contain lead, along with poor regulation has allowed high levels of lead to seep into the water systems of schools — causing potential harm to thousands of children[6].

One of the largest industrial uses for lead is in car batteries. While there are plenty of safety measures in place for recycling batteries, lead can still leach into the environment when these safety guidelines aren’t followed properly.

Research shows that hundreds of thousands of children are exposed to lead from improperly recycled car batteries. With the increase in automobile use and production globally, this poses a huge threat to the health of children worldwide[7].

How Lead Gets Into The Environment

Lead can be found in the environment in our water supply, soil, and air. While lead is a natural component of the earth’s crust, most of the lead that results in toxicity comes from its liberation from manmade sources.

As discussed above, lead-based paint, leaded gasoline, lead still found in soil that gets into food, home renovations, drinking water and automobile batteries are a handful of the sources of lead that contaminate our environment. Industrial sources of lead also exist, further contributing to the toxic load of this heavy metal in our water and food supply.

How exactly does lead end up in our drinking water, soil, and air?

When lead becomes liberated from these sources, it’s released into the air and travels through the atmosphere. Depending on the particle size, lead can actually travel long distances before it settles to the ground and sticks to soil particles. In some cases, lead is pulled from the atmosphere to the ground or waterways by rain droplets[8].

Rainwater can also shuttle the lead that settled in the soil into lakes, streams, and rivers. Once lead has settled, either in waterways or soil, it can stick around for many years.

Lead is also commonly found in household plumbing, which effectively skips the step of its liberation into the air and instead can drive lead directly into your drinking water. This is of particular concern in homes built before 1986, where lead pipes, fixtures, and solder are much more common. As these plumbing materials corrode over time, lead slowly gets leached into your water[9].

When lead enters your body, it’s distributed to your brain, kidneys, liver, and bones.  Lead is stored primarily in your bones and can go undetected for years. It can affect multiple body systems and poses its greatest threat to young children. There is no known level of lead that is without harmful side effects; therefore, even small levels of exposure present a potential risk[10].

The primary risk factor associated with lead poisoning is its impact on neurological health. As a potent neurotoxin, lead can cause changes in the developing brain of infants and children. This disruption of the brain’s structure and function leaves permanent damage in its wake, and many children suffer lifelong issues related to their central nervous system[11].

Some neurological symptoms associated with lead poisoning include[3]:

In addition to its neurotoxic effects, lead exposure may also result in:

How To Test Your Lead Levels

When testing for lead, or any heavy metal for that matter, I always recommend using multiple testing protocols. The reason for this is that sometimes metals like lead can show up on one test, but slip by on another.

For instance, some people show no lead on a hair mineral analysis, but then have high levels on a Urine Heavy Metals Test.

I always like to start with a hair mineral analysis because it tends to be the least expensive test for lead, but if lead doesn’t show up, I never want to stop there.

My second go-to test for lead is a Urine Heavy Metals Test. Urine is the primary route for lead excretion; therefore, this test tends to provide the most meaningful results in terms of determining potential levels of lead in your body.

You can also determine lead levels via a blood test. When testing your blood, a level of 5 μg/dl (micrograms of lead per deciliter of blood) is a cause for action, according to the CDC (Center for Disease Control). However, since no level of lead in the body has been found to be safe, a lead level of even 1-2 μg/dl or above should be a cause for concern and action [12].

Although we’ve come a long way in reducing toxicity in our environment, the truth is that we still have a journey ahead of us. It isn’t the known sources of contamination that pose the biggest problems to us — but the unknowns.

This information isn’t meant to frighten or alarm you, but to simply keep you informed so that you may best advocate for yourself and your family. Hidden sources of lead in the home, work environment, cosmetics, and soil could be slowly working their way into your body, and it’s up to you to stay aware.

I recommend doing regular heavy metal tests to ensure that you aren’t picking up toxic metals from your environment without knowing it. This is especially important when you move to a new home, start a new job, or begin noticing symptoms like fatigue that alert you that something is off with your body. 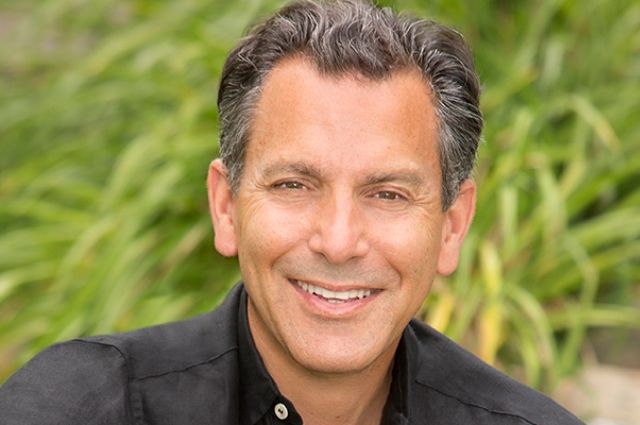 10 Superfoods That Naturally Cleanse Your Liver