Is Red Meat a Superfood? - Myersdetox.com We’ve all been told for decades that red meat causes heart disease and increases mortality because it contains saturated fat. This is a fallacy created by poor research and many have paid a dear price in their health as a result. Red meat is essential for optimum health so much so that I think it should be considered a superfood!

Most clients and friends express fears about red meat or boast that they don’t eat red meat. In kind, I’ve been very fearful of red meat for a long time and had rarely eaten it for decades. When I was vegetarian I read book after book about how red meat causes disease, verifying my fears. See, red meat kills!

Over the past few decades, red meat has been increasingly blamed for everything from heart disease to cancer and certain early death. Newspapers and magazines incessantly post headlines about the negative health ramifications of eating red meat, fueling cow consumer fears. These front page claims are dead wrong.

Studies that differentiate between processed and fresh red meat have failed to find a link between unprocessed red meat consumption and heart disease. A major Harvard University meta-study (5, 10) in 2010 involving over one million people who ate meat found that only processed meat had an adverse risk in relation to coronary heart disease. We’ll delve more into all the juicy research on red meat in next week’s blog post The Truth about Red Meat. Prepare to be surprised.

It wasn’t until I discovered the ancestral Paleo community that I finally reevaluated why I wasn’t eating red meat. Their message makes complete sense. We’ve eaten red meat for millions of years. How could, all of a sudden, red meat have become deadly in the last 50 years? This is complete nonsense and couldn’t be further from the truth. Because of the lies we have been fed by faulty research, I thought it vitally important to reveal the truth about red meat. An impartial review of the research indicates that red meat is one of the healthiest foods you can eat.

Many health benefits discussed in this blog post are not unique to red meat, but apply to animal flesh in general. Muscle meats are the most nutritious food (after organ meats) based upon our biological needs, according to Mat LaLonde’s Kraken Index of Nutrients that rates the nutrient density of food (7). Dr LaLonde, a biochemist and Harvard researcher, ranked foods according to essential nutrients that we must eat from the diet because the body cannot make them on its own. Vegetables come in after muscle meat. Surprising, huh? This is why The Modern Paleo Diet confers such amazing health benefits. Please keep in mind that the graphic below represents food groups as a whole. Some veggies (like kale and blueberries) rate as high as muscle meats. Here’s a break down of the most nutritious foods to the least nutritious according to the Kraken Index of Nutrients: Red Meat is One of the Healthiest Foods You Can Eat

Yes, I said it. Red meat is one of the healthiest foods on earth. I even will go so far as to say I think it is a superfood! To qualify as a superfood, red meat needs to be grass fed (or pastured) and organic to confer the most nutrition to the animal. Cows, bison, or lambs that eat only grass – their natural diet that confers the highest nutrition to the animal – will in turn produce meat that is much more nutritious. Most people eat red meat that is only fed grains – and GMO corn and soy at that. Ew. No thanks.

Red meat is one of the most nutritious foods you can eat, containing one of the most abundant dietary sources of B12, iron and zinc, and so many other essential nutrients. (11) If you don’t eat it, you may join many in the population who are B12, vitamin D and zinc deficient. All you have to do is eat red meat at least once a week, though eating it two to three times a week is ideal and most beneficial. What meats classify as red meat? In northern climates, studies show up to 61% of Americans are vitamin D deficient, going up to 87% in the winter months. (1, 14) If you don’t like fish or eat enough of it (it’s recommended to eat three servings a week of oily fish), red meat can fill in the gaps to meet your vitamin D needs. (15) In northern climates where adequate vitamin D cannot be obtained from the sun, meat has been shown to be protective against rickets, a softening of the bones caused by severe vitamin D deficiency. (3) Red meat contains a form of vitamin D called 25-hydroxycholecalciferol, which is assimilated much easier than other forms of vitamin D. Interestingly, consumption of milk with the same levels of vitamin D does not provide this same protection, indicating that the vitamin D in meat is uniquely absorbable and useful to the human body.

Red meat contains primarily heme iron, the form that is absorbed much more efficiently than the non-heme form of iron found in plant foods, of which very little is absorbed. (15) Surprisingly, even small amounts of meat can aid in the absorption of non-heme iron. Non-heme iron is found in spinach and tofu, but little is absorbed because phytates in these foods bind to it and prevent its absorption. Bummer. And don’t even think of getting iron from a cast iron pan. This is a toxic form of iron that should be avoided. Red meat consumption is particularly important for women who are pregnant or trying to conceive, as iron is crucial for the growth and development of the fetal brain.

If you have iron-deficiency anemia it is always better to replenish with the iron from red meat because it is so readily absorbed. Why supplement when you can get iron so easily from food sources? It is generally advised to avoid iron supplements because they can build up to toxic levels in the liver and cause constipation. The ionic forms that are in most supplements are not well-absorbed and made from some pretty questionable materials. The only brand I can recommend is called Proferrin. This heme iron polypeptide is a lot better absorbed and tolerated. (8)

Red meat is a rich source of vitamin B12, which is vital to proper functioning of nearly every system in your body, especially your nervous system. Tufts University reported that 39% of the population has a B12 deficiency low enough to cause neurological problems. (6)  B12 deficiency can play a role in everything from aging to cancer, heart disease, and infertility. The main function of B12 is to support the nervous system while maintaining healthy brain chemistry and synthesizing neurotransmitters like dopamine and serotonin. These govern mood, energy, sleep, appetite, drive, motivation, movement, cognition and numerous other brain functions.

Even though it is present in abundance, B12, though it is present in abundance, can be difficult to absorb from red meat. Be sure you have plenty of digestive strength by healing adrenal fatigue, which causes low stomach acid, avoiding over-the-counter and prescription antacids and proton pump inhibitors, and taking supplemental hydrochloric acid (HCL) with pepsin if needed. Adequate stomach acid is essential for health to break down and absorb all nutrients, not just those in red meat.

Red meat also contains significant levels of other B vitamins, including thiamin, riboflavin, pantothenic acid, folate, niacin, and vitamin B6. Red meat is one of the easiest ways to ensure adequate intake of your B vitamins.

Red meat is an especially important source of zinc. Many people are zinc deficient, but vegetarians are at greater risk of zinc deficiency. (6) Zinc is an essential mineral that is an imperative part of many functions in the body, including the structure in many proteins and enzymes and regulation of gene expression. Zinc, ironically, is used to repair damage in our arteries. Without it, our arteries cannot be repaired properly and must absorb a toxic heavy metal called cadmium to do the repair or our liver must make cholesterol to repair them. As with vitamin D and iron, the zinc present in red meat is highly bioavailable, meaning you absorb more of it.

Red meat contains significant levels of other vital minerals such as magnesium, copper, cobalt, phosphorus, chromium, nickel, and selenium. Minerals have become increasingly scarce in our diet due to intensive farming methods, avoiding use of mineral-rich manure to fertilize crops and the use of depleting superphosphate fertilizers, which contain only three minerals (nitrogen, phosphate, and potassium or NPK for short). Due to the scarcity of minerals in our food supply, it is very important to eat as many mineral-rich foods as possible, including grass-fed red meat. Levels of B vitamins, vitamin D, and most of the trace minerals are just as high in white meat as in red. However, red meat is chock full of vitamins and minerals that are hard to find in other foods. B12, iron and zinc especially are found in abundance in red meat and are ironically, the nutrients in which many people are found to be deficient. Hm, I wonder if this has anything to do with people not eating enough red meat?

Where red meat makes straight A’s is its fatty acid profile. Grass-fed meats contain approximately equal parts of saturated and monounsaturated fat, with only a small amount of polyunsaturated fat. (15) Contrary to popular belief, you must eat saturated fats to be healthy. Not all saturated fats are unhealthy. There are many different kinds. Some are unhealthy, yes, but we need the healthy ones in our diet. In fact, you must ensure that 50% of your dietary fats are saturated to be able to absorb the minerals from your food. (2)

This post should serve to help you understand why red meat is an important part of a healthy diet. And why it’s such a celebrated food in the ancestral movement. Exploding with highly absorbable nutrients, it should be consumed at least once a week. There is no reason to fear eating red meat. In the next blog post I will analyze the latest research to help you understand why red meat does not cause disease. Don’t be afraid to order that grass-fed filet mignon tonight!

Do you need more proof about the benefits of eating red meat? I love Chriskresser.com for impartial views of the research on red meat. He really digs into the research to find unbiased, research-backed answers beyond the false headlines. Check out his series on red meat: #293 How Heavy Metals Cause Food Sensitivities with Dr. Russell Jaffe 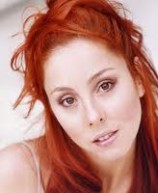