With kids enrolled in distance learning and social distancing measures in place, the use of electronics has skyrocketed. Sadly, our children are replacing their in-person education and recreation time with an unprecedented amount of screen time.

With online classes, your children have gone from hours a day in a classroom to hours a day in front of a computer. And that’s on top of the standard cell phone, tablet, and computer use.

With increasing concern around the effect of EMFs (electromagnetic frequencies) and health, this raises a couple of questions:

#1 What are the consequences of all this additional screen time?

#2 How is it impacting your children’s physical and cognitive health?

Children and adults alike need to be concerned about EMF exposure. These frequencies can impact your biofield (the energy in and around your body) and the electrical systems in your body, like your nervous system.

For children and adolescents, however, the concern becomes even greater as their systems are more vulnerable to the disturbances that these frequencies can cause.

There are a handful of factors that put children at greater risk when it comes to EMF exposure; these include[1][2][3][4]:

The profound impact that EMFs can have on children’s bodies can result in a myriad of health issues. While the effects can be seen in almost every system in the body — the reproductive, endocrine, and metabolic systems, the most profound effects may be to the central nervous system[4].

As previously mentioned, children’s bodies are more susceptible to the impacts of EMFs than adults. This is especially true for the central nervous system (CNS), as it is highly electrically charged, making it the perfect target for EMF disruption[5][6][7].

Your central nervous system controls the functions of both your body and your mind. It consists of your brain, spinal cord, and nerves that branch off to all the different parts of your body. The primary function of your CNS is to transmit messages from one part of your body to another. This is carried out by messenger cells called neurons, which communicate through electrical signals[8].

Cognitive function is highly dependent on the activity of your CNS. Behavioral issues, learning disabilities, brain fog, and an inability to concentrate are all potential side effects of a CNS disruption.

So what happens to your child’s nervous system when they’re bathed in EMFs all day?

Mobile phones and WiFi are two of the most ubiquitous sources of EMF exposure. Research shows that WiFi can have a direct impact on the electrical activity in your brain, causing changes to your brain waves and inducing oxidative stress[9].

This can translate into issues with cognitive function as research conducted on humans and animals show that exposure to EMFs can have an impact on learning and memory, and instigate behavioral problems in children[10][5][11].

Even at concentrations lower than typical urban levels of EMFs, changes to brain waves as well as behavior can be observed. This is quite disturbing as our daily EMF exposure is only increasing[12].

In one study, researchers assessed the effect that the use of mobile phones had on the hippocampus of the brain. Your hippocampus plays a major role in learning and memory and has an impact on your ability to pay attention. They discovered that with increased cell phone use, participants experienced lower scores on a cognitive test, displaying a decreased ability to pay attention and concentrate[13][14].

Research shows that exposure to EMFs can produce mood-altering effects by impacting the function of voltage-gated calcium channels(VGCC). These channels are partially responsible for the release of neurotransmitters. Symptoms associated with a disruption to VGCC and the subsequent neurotransmitter dysfunction are not limited to mood disorders, but also include issues with memory, concentration, and attention[16].

To make matters worse, mood disorders like these can create cognitive dysfunction that leads to issues like poor attention, impairment in short and long term memory, problem-solving issues, and decreased processing speed. Many people suffering from mood disorders also find that they have experienced indecisiveness and an inability to think or concentrate[18].

Another way in which EMFs may affect cognitive function in children is through their impact on sleep.

Getting enough sleep is crucial to cognitive performance. As you sleep the connections between your brain cells are strengthened, your memories are reactivated, and information is transferred from short-term to long-term memory[19].

Research shows that not getting enough sleep impairs your working memory and ability to pay attention. It also impacts long term memory, decision making, and vigilance. With enough sleep, however, you become more creative, are able to access higher-level problem-solving skills, and have a longer attention span[20].

Current research on EMF exposure suggests that these frequencies have a direct effect on the sleep hormone melatonin. High levels of melatonin signal sleepiness that sets the stage for a restful night where your body can work on repair and maintenance[21].

Your body’s melatonin production relies on your circadian rhythm, an internal clock that tells you when to wake, sleep, and eat. One of the primary ways in which your body knows when it’s day and night is through its ability to sense light. The issue with EMFs is that your body perceives these frequencies as light. Therefore, when you spend your days and evenings in an environment that’s flooded with EMFs, your body doesn’t get the proper signals that it’s nighttime, and melatonin production doesn’t activate properly[22].

Then with the added blue light emitted from cellphones and tablets that reduce melatonin production, kids are at risk of not getting enough regenerative sleep to grow properly.

I don’t know about you, but my daughter Wynter has a harder time going to sleep if she’s been on her ipad a few hours before bed. It’s very stimulating on many levels. And she’ll wake up early in anticipation of getting on the ipad. Without controls, she would be on that ipad every waking moment.

A Gentle Way To Protect Your Kids From EMFs

There are plenty of tips and tools that you can use to reduce your child’s exposure to EMFs.

While it’s certainly worth the effort to diminish EMF exposure as much as possible, checking off some of these boxes may not be possible.

EMFs are everywhere in the environment — not just your home. You can set up your home to be totally EMF free. It is possible. But what about all your neighbor’s WiFi internet and all of your neighbor’s smart meters that send out EMF? And how do you protect your kids when they’re out and about, at school, at friend’s homes?

There’s one device that, in my opinion, stands above all the others out there. It’s called the Harmoni Pendant. The Harmoni Pendant is, in fact, not a device but functional jewelry with a pendant that was designed to reducing the effects of electromagnetic frequencies and sacred geometry in mind.

Research shows that wearing a Harmoni Pendant can reduce the stressful bodily effects of harmful EMFs on average by 48%.

What’s more, this powerful pendant has been shown to increase energy levels on average by 530%, improve heart rate variability (HRV) by on average by 700% (a measure of stress), and improve circadian rhythms, including your sleep/wake cycles, by an average of 160%.

That means your children will feel more at ease, calm, and experience better sleep with regular wearing of the Harmoni Pendant.

As a parent, there is enough to worry about in keeping your children safe, EMF exposure shouldn’t have to be added to that list. Many families have already benefited from the peace of mind that comes from wearing a Harmoni Pendant, as a few enthusiasts shared: The Harmoni Pendant is a tremendous tool to help balance the fight or flight state that we so often find ourselves in these days. The first time I wore mine, I could feel my body relaxing and my thoughts clarifying. My 13 year old son says he feels lighter when he wears it. It’s my new favorite gift for friends and family! “Our whole family wears the Harmoni Pendant. When you wear the Harmoni Pendant, your body shifts OUT of the fight-or-flight state and into the parasympathetic (calm) mode and prevents EMF radiation form getting “stuck” inside your body. We feel more energetic, more focused and healthier since we “Harmoni-zed” our family!!”

If you’re concerned about your child’s EMF exposure, the Harmoni Pendant is my number one recommendation for reducing the harmful effects of EMFs.

Some kids are a hard-sell on jewelry. If that’s that case for you, no problem — they can still reap the benefits of the Harmoni Pendant by placing it under their pillow with the icon facing towards the mattress as they sleep. If your child has trouble wearing the pendant as a necklace, you can put it on a shorter chain, put it in their pocket and even affix it to their pant belt hook. All of these ideas will afford the same benefits as wearing it as a necklace.

In this strange new world of social distancing and online education/distance learning, we are all doing our best to keep our sanity and our lives running smoothly. Technology has been a blessing during this pandemic as it has allowed us to stay in touch with friends and family and continue important aspects of life like work and education.

With that being said, the increased use of mobile devices and WiFi comes with risks that shouldn’t be ignored. Children’s bodies are like sponges for EMF radiation, especially their central nervous systems.

As parents, it’s our job to do what we can to protect them as much as possible and educate ourselves about the downside that comes along with the increased use of electronics and screen time. There are many things you can do to protect children from the damaging effects of EMF.

Wildfires And Air Quality: What You Need To Know
6 Ways to Combat the Halloween Binge #32 An Epidemic of Absence with Moises Velasquez-Manoff How Environmental Toxins and Glyphosate Damage the Thyroid 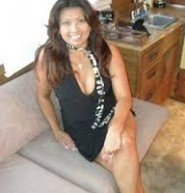