The Emotional Causes of Cancer - Myersdetox.com Cancer absolutely has emotional roots. There is a ton of evidence suggesting that repressed anger, hate and resentment play a crucial role in the development of cancer. Increased stress hormones caused by emotional triggers suppress the immune system, which can lead to cancer.

When negative feelings are not expressed, they can can contribute to physical illness over time. Even the conservative Centers for Disease Control and Prevention (CDC) states that 85 percent of all diseases have an emotional element. Trapped or repressed negative feelings, such as anger, increase a person’s level of the stress hormones, which directly suppress the immune system. The health of your immune system is crucial in fighting cancer.

A team of researchers at Stanford University in California found that women who repressed their emotions were more likely to show disruptions in the normal balance of the stress hormone cortisol, compared with those who did not. Earlier studies have shown that the unbalanced cortisol fluctuations can predict early death in women with breast cancer that has spread to other areas of the body.

“People who have repressive styles tend to be more prone to illness, particularly [immune-system related] diseases, such as rheumatoid arthritis, infections, and cancers. The concept is of unexpressed anger. If one doesn’t let it out, that could have adverse consequences.”  ~University of California Los Angeles

The National Cancer Institute says that research with animal models suggests that “your body’s neuroendocrine response (release of hormones into your blood in response to stimulation of your nervous system) can directly alter important processes in cells that help protect against the formation of cancer, such as DNA repair and the regulation of cell growth.”

“Extreme suppression of anger was the most commonly identified characteristic of 160 breast cancer patients who were given a detailed psychological interview and self-administered questionnaire. Repressing anger magnified exposure to physiological stress, thereby increasing the risk of cancer.” ~Journal of Psychosomatic Research

“Extremely low anger scores have been noted in numerous studies of patients with cancer. Such low scores suggest suppression, repression, or restraint of anger. There is evidence to show that suppressed anger can be a precursor to the development of cancer, and also a factor in its progression after diagnosis.” ~Cancer Nursing – International Journal

A study comparing long-term survivors of breast cancer with those who did not survive, scientists at John Hopkins University found that long-term survivors expressed much higher levels of anxiety, hostility and other negative emotions.  Patients who were able to express their feelings lived longer than those who had difficulty in doing so. ~Journal of the American Medical Association

How Stress Causes Cancer at The Cellular Level

In the vast majority of those with cancer, there exists both a combination of psychological as well as physiological stresses that have contributed to the formation of cancer within the body. There are a number of factors that create stress on the body’s cells. Below I list the six separate phases showing how stress develops into cancer. This is how cancer forms within the body at the cellular level over an 18-24 month period.

Emotional trauma affects deep sleep and the production of melatonin within the body. Melatonin is necessary for inhibiting cancer cell growth and is the primary hormone responsible for regulating the immune system. During this phase a part of the emotional reflex center in the brain slowly breaks down due to the emotional trauma.

The immune system is suppressed by elevated stress hormone cortisol levels. An individual experiencing severe prolonged emotional stress is exhausted. Their adrenals and thyroid are fatigued. Mineral levels are depleted, as stress depletes minerals. Minerals are needed for the immune system to function. The immune system begins to weaken.

This causes somatids in our blood to react. In the 1930’s, Dr. Royal Rife discovered tiny living creatures within all plant and animal cells. He called them somatids. He found that in a healthy person, the somatids appear to be symbiotic organisms within cells and have a simple three stage life microcycle.

However, when the body becomes unhealthy, as in all cases of cancer, the somatids shift into a more complicated, sixteen-stage macrocycle.  In this cycle, the somatids literally transform in about 15 or 16 steps into more and more aggressive bacteria, yeast and fungus-like structures that are parasitic. They slowly begin to destroy the body’s cellular structures. This is associated with the development of all diseases, including cancer. Cancer is associated with the last stage of decay of the somatids.

High stress hormone cortisol levels cause adrenaline to become depleted in the body. This causes glucose (sugar) levels to rise within normal cells. The main purpose of adrenaline is to remove and convert glucose from cells for energy for the body, just as it is the main purpose of insulin to transport glucose into cells. When the adrenaline reserves are depleted, glucose (sugar) levels increase sharply within the cells leaving little room for oxygen. Many cancer patients are weak and lethargic because they have little or no adrenaline to convert the glucose in their cells into energy for the body. Their cells subsequently have very little room left to accept oxygen from the blood.

Subsequently, pathogenic microbes (virus-bacteria-fungus) that have established themselves in a weakened part of the body, enter normal cells to feed on this excess glucose. This fermentation of glucose causes “mycotoxins” (a highly acidic waste product) to be released, which reduces energy in the following ways:

Lack of oxygen and cell energy causes normal cells to mutate during the dividing process creating new cancer cells. The body becomes highly acidic (low pH) due to the waste by-products caused by these viral-bacterial-yeast-like fungus. Over-acidification of the body also occurs due to fermentation of excess stress hormones in the body, poor diet (too many grains, fruit and sugar), and lack of exercise. Viruses, bacteria, yeast, mold, fungus, candida and cancer cells thrive in a low pH acidic environment.

Yeast-like fungus prevent cancer cells reverting back into normal healthy cells (re-establishing their oxygen Krebs Cycle), as they continue to cause “mycotoxins” to be released (a highly acidic waste product), meaning cancer cells in a sense are held hostage to the yeast-like fungus that inhabit them.

During this final phase elevated stress hormone norepinephrine and epinephine levels, stimulate tumor cells to produce three compounds: MMP-2 and MMP-9 (both matrix metalloproteinases) and the growth compound VEGF (Vascular Endothelial Growth Factor). Tumor cells make receptors for these stress hormones on their surface. MMP-2 and MMP-9 breakdown the structure of tumor cell walls making it easier for them to spread to other parts of the body, a process known as metastasis. VEGF causes blood vessels to grow in new tumor cells, so that they can grow and spread more rapidly.

Every day, our bodies are exposed to cancer-causing agents in the air, food and water. Typically, our immune system recognizes those abnormal cells and kills them before they produce a tumor. There are three important things that can happen to prevent cancer from developing — the immune system can prevent the agents from invading in the first place, DNA can repair the abnormal cells or killer T-cells can kill off cancer cells. Research has shown that stress can lower the body’s ability to do each of those things, according to Dr. Lorenzo Cohen, Ph.D., assistant professor of behavioral sciences at the University of Texas, M.D. Anderson Cancer Center. When emotional and physical stress decreases the body’s ability to fight disease, it loses the ability to fight cancer.

Dr. John Nisim, in the Podcast: Alternative Cancer Treatments, mentioned that he also firmly believes that cancer has emotional causes. Learn more about his natural cancer methods, why chemo and radiation are the only treatments options offered to you at your doctor’s, and the many, many options you have for successful cancer treatment.

Red Meat Does Not Cause Disease
#17 Activate Your Fat Burning Pathway with Dr. Jack Kruse 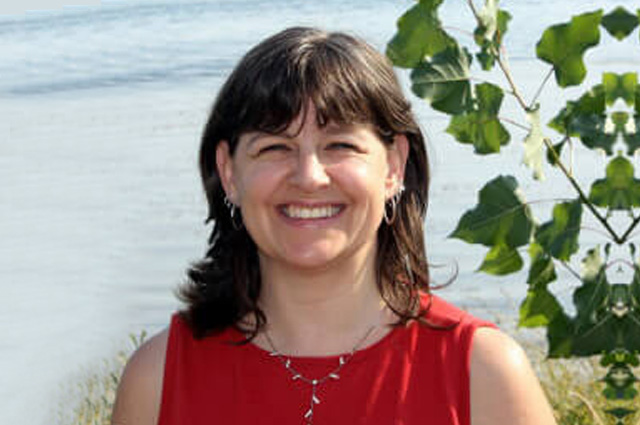 7 Warning Signs of an Unhealthy Gut